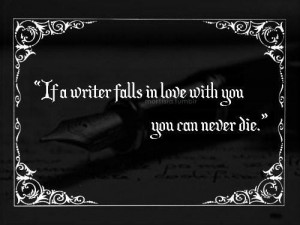 I have been postponing the purchase, creation and permanence of a monument for my precious husband’s grave. It is funny how your mind doesn’t work properly when half of you is missing. I have a fear of not being able to find his grave. I have a fear of being sorry I made the wrong choices. He wouldn’t approve of anything other than the marker provided by the VA. I heard many times, over many years, ” put me in a wooden box and throw me in the ocean when I die. Don’t be spending all that money on stuff that doesn’t matter.” I would then inform him, “Don’t worry about it. I need to die first because I wouldn’t be able to live without you.” Sad fact, I am existing without him.

There is a deja vu in making choices for things you will have hanging around for decades. It took me the better part of a year to say yes to my husbands wedding proposal. He didn’t actually propose. He told every human being he came in contact with that we were getting married. Choosing wedding bands summed up the same mind dilemma I am having now with the grave monument. It had nothing to do with how I felt about my future. Married or not, I was going to be with the love of my life till “death do us part.” Those words really had no meaning to me until the “death do us part” actually and unexpectedly happened. Wedding rings are something you have to live with day in and day out. They had to be just right. Not too wide and not to gaudy with a reflection of who we actually are. They’re a proclamation to society. That part always bothered me because I picture a cave man dragging his cave woman by the hair and screaming to the other cave people, “this is my cave woman!”

Always marching to the beat of a different drummer, it was important to us to know we were together forever with everlasting love. The wedding rings were part of the permanence. It made for memorable events. We learned a lot about each other in the transaction of choosing styles and price. It was a surprise to know what was truly important to him. A diamond engagement ring was included in the ring round-up of dancing from jeweler to gold and diamond retailer. I came to know my happiness superseded finance, though my taste was simple. Joy and being proud of the achievement radiated from my prospective husband. It was as though the “deal was sealed”. I was elated in sharing the symbolic time with him. Writing about this remembrance in our lives has evoked a moment of happiness in me.

The grave monument will be the “forever” in my life time. It is evoking a similar correlation to the purchase of the wedding rings except I am doing it alone. I say, I am doing it alone but his voice is in my head. His feelings are in my heart. I still feel him walking beside me but then reality kicks in. Learning to be just me again has not been an easy endeavor. It’s a good thing my preferences are usually simple and minimalist in nature. Preliminary research has presented some examples of extreme grief exhibited in multiple ways and means. It is not my intention to leave all of my feelings and price tag hanging from an over-extravagant exhibition at the graveyard. My precious husband would surely be “rolling over in his grave.”

We never discussed epitaphs except the famous one, probably presented from a Facebook passage, that said, “I told you I was sick.” My husband was an award winning writer. It creates a need to put a poignant phrase on the granite. Do I write something myself? Do I put a quote on it from a song? His most famous saying was, “Now, here’s the deal” which was used many a time for problem solving purposes and to teach life lessons to our kids. In fact, our oldest daughter created a sign with that verse on it as a remembrance for her Dad.

It has been a compromise to appease the rest of the family during this turbulent and trying expedition. He was a part of their lives, but he was my world. I will not be asking advice or opinion for this decision. It may rock some hemispheres if a quote from a Led Zeppelin song appears on the marker on the Oklahoma prairie. This resolution is personal and mine. Just like the wedding bands, the grave monument will be there a long time. It’s a symbol of everlasting love.