We were fortunate enough to be able to purchase a beach house when our kids were still fairly young. The previous owners left furniture, kitchen stuff and lots of junk (Easter baskets, dead flower arrangements,sand buckets-with sand,lobster forks,and a plaid sleeper sofa and yellow velvet loveseat) with the premises. Included with the newly acquired possessions was a television which resembled a relic from the 70’s. It was a massive box with a little screen which weighed a ton. After numerous ferry rides to the mainland Walmart, we stuck some rabbit ears on it, connected a VCR and Nintendo to it and a huge piece of tin foil for family entertainment. Being at the beach, meant “being at the beach”. I saw no sense in putting a satellite on the roof of a house which couldn’t sustain a storm door for more than a few hours, due to the high winds. The TV did pick up 54 channels, some in Vietnamese, which thrilled our youngest son. He bragged to everyone that we got a free TV.  Our estimation of cost for the television was about $47,000.00!

It is New Years Eve, today. We recently made a move to Northeast Texas from Sugar Land, Texas. The city of Sugar Land always mailed a beautiful calendar, with expressive scenes of the city. It was exquisitely executed with photos suitable for framing. I always wondered which photographer, printer and shipper was the brother in law of which politician to receive that gig. The arrival of the calendar was timely and expected. The Sugar Land calendar was “free”. There was no ordering, sitting on hold after 10 ringy dingys, or delays to making a request on an inept website. Our estimation of cost for the calendar was approximately $2,800.00 per year. Powderly, Texas doesn’t create such masterpieces. We are going to have to cough up $10.00 for 2013.

Department stores and grocery stores are famous for making you think you have received “value” in every purchase. The coupons have extreme exclusions and never include brands from vendors who don’t want to be associated with sale, low cost, or door-buster prices. Every item in the store has an exorbitant marked up original price. The item is then marked down with a red pen and put on a rack with a sign exclaiming everything is 50% of the “marked” price. The coupon, which brought you into the store is not applicable for any of the items your heart has yearned for. When the patron has their chosen items brought to the cashier, they are proudly told they have saved $247.00 for the items they have just paid $67.00 for. The truth of the matter is, you have just paid 50% more due to bingo price jumble confusion reality.

Our perception of “free” is truly askew. I worked for a home builder, selling homes to people who could hardly afford them. To “clinch” or close a sale, I always gave them a “free” refrigerator. The glee in their eyes, seeing the stainless steel majestic Whirlpool refrigerator in their new kitchen was “priceless”. Somewhere in the sales contract, an additional $2,000.00 was added, usually before I even was employed there, to accommodate the usual and customary sales technique of giving the new home owner a refrigerator, costing the company a couple hundred dollars.The spanking brand new home, no one had ever walked on the wall to wall carpet with dirty feet,  cost the buyer $345,000.00, on sale from $365,000.00, with a true value of $285,000.00. Nothing like waiting months for the home to be built, every material possession you own is in a U-Haul with all of the kids, to find out the appraisal is a helluva lot lower than what you paid – but you did get a free refrigerator! The estimated cost of the shiny new refrigerator, $60,000.00.

Think about what is “free” the next time you purchase a vehicle, get a “free” hotel room for gambling or sitting through an excruciating sales pitch for a timeshare or “buy one, get one free” Ritz crackers at Publix! Next week the crackers will be on sale for half the price and won’t be stale because you can’t eat two boxes of crackers at once. 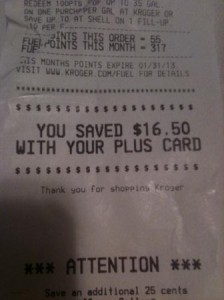