I am working a temporary/seasonal position which encounters a multitude of characters each day. It has become a game to size them up and figure out their personalities within a few seconds. I have been around quite a few blocks in my life and am proud to say my feelings are getting confirmed with a few minutes of conversation with each counter encounter.

There are a lot of lonely souls in the world. Either that or I appear to be shrink like, mother like or generic enough for people to “really tell me how they really feel”. An elderly gentleman, one who has fought in the Korean conflict, very patiently explained to me the entire world was headed for disaster because the Democrats were in power and the rich were now going to lose everything they ever worked for. His concerns were real. His purchase was Estee Lauder bath powder for his wife’s Christmas present. He’s afraid of the “fiscal cliff”, has a few bucks and certainly doesn’t spend if on his wife.

The next contestant for story of the hour was Mary. She, too, remembers when bread was a few pennies a loaf. Her day job is caring for an “elderly” person. She takes extreme pride in her position and speaks softly and lovingly of her charge. Mary’s demeanor is so compassionate, I’d swear she was a saint in her previous life. She is the epitome of proper corporate etiquette. She introduced herself and her daughter to me and continually called me by my name during our appointment. Either that or she was pounded with Emily Post since childhood, as was I. Subsequent visits were repeated with the same familiarity and she never missed a beat of our previous conversations. Mary always purchases hundreds of dollars of high ticket fragrances for gift giving. Mary will be standing on the right hand side of St. Peter on judgment day. I wish she lived next door to me.

Then there is the shim who tells me all products are overpriced and stink. Shim is an old term, most definitely politically incorrect, which refers to a person whom you can not immediately identify which sex they are. It becomes difficult in addressing them so as not to offend. If you call them “sir” and they are a “ma’am”, it becomes awkward to say the least. I then try to differentiate by behavior. They act like a rude man by speaking really loud in a lowered voice, slamming all products in order to get a lower price or to exclaim the disdain for the product in general, or they girly pantywaist with the decision making. “Can I smell this one and this one and this one and this one?” For what I get an hour, the last thing I want to do is incite a riot at the cosmetic counter of a small town department store. I always save my instigation for larger and more prominent forums – like Point State Park in downtown Pittsburgh! This she-he person will show no satisfaction for anything shown to them because they are unhappy with themselves.

Next up, is the family unit. This can include multiple generations. An infirm grandma, needing assistance to walk and a reminder of where she is. The husband, getting constant reprimand because he keeps saying they can’t afford whatever it is the wife wants. Of course, we can’t forget the very little children, some who have been trained to professionally lick the glass of the display counters. The six year old to 12 year old siblings are busy spraying each other with fragrance testers containing offensively overpriced “parfum” on each other or dropping the bottles on the tile floor below. This crew always falls for the “instant credit” so they can purchase more stuff to put in their too small of a home because it is crowded with things they don’t need. I can bet the Ponderosa the credit line will be very small because they are so overextended, they have to take the last two dollars from Grandma’s purse, for gas to get home. God forbid, they would use the money set aside for Fat and Greasy Fried Chicken on the return journey back to the homestead. If they are approved for a credit line of $200.00, it is guaranteed they will spend $199.99 on shimmer eye shadow, florescent pink nail polish and a manly scented “stink no more” for the husband. This family appears to be typical in the local culture.

My ultimate favorite cosmetic counter encounter is the pair of bitches who speak to me as if I just stole their booze money. They have absolutely no intention of purchasing anything. They want free fragrance samples. They insist on having me bend over thirty to forty times to spritz cards of every bottle in the display cases – because I don’t give them the free fragrance samples. Then, they want a make over so they can complain I didn’t make them look like Julia Roberts. Sorry, but I can’t correct the “rode hard and put up wet” appearance with a sit down. Both of them are trying to outdo each other slamming every product and actually accusing me of having a bad attitude when I inform them of the prices. One such duo even insulted one of my patiently waiting customers because she politely asked if she should shop first and when should she return to be assisted. The bitch duo told her to wait her turn because they were there first. I knew they would not cough up a dime for anything. Their appearances told me it was the first time they had seen sober daylight in months. I didn’t have a cosmetic in the place for low light dive enhancement. 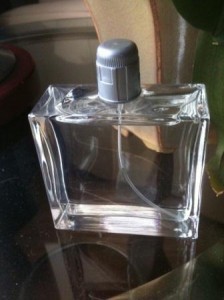